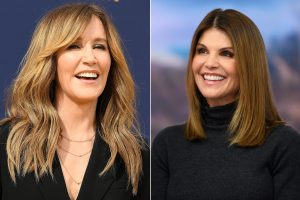 In the latest episode of “It’s only ok when we do it,” several wealthy celebrities and business leaders have been indicted in the largest college admissions scandal in history. The indictments allege that parents paid a total of around $25 million in bribes to coaches and university administrators for manipulated test scores, forged essays, and outright fake athletic profiles for students whose most strenuous activity is walking a runway. Additionally, the co-conspirators falsified ethnicities to take advantage of affirmative action programs. Which proves just how stupid these people are. If you want to pretend to be a poor minority, don’t waste four years of your life in college, just run for the Democratic primary. You can make far more money from special interest groups than from your liberal arts degree.

Participation in the scandal isn’t the only thing these parents have in common. Most are also residents of liberal, coastal cesspools and are heavy Democratic donors. Which leads us to the awe-inspiring hypocrisy of the racketeers involved. The parents of these under-achieving progenies are part of the “I’m with her” crowd. They spawn from the most privileged zip codes in the country; the deep blue districts filled with pompous, self-righteous twats that are constantly preaching to the plebs about the systematic oppression that they so indignantly abhor and that we apparently ignore. All the while, they are paying for the inflated test scores to get their feeble-minded offspring in and keep the genuinely smart out.

These are the people that casually proclaim they ‘don’t mind paying more in taxes’ but don’t voluntarily send more than they owe to the federal government. In fact, some of the bribes that paid for their child’s admission were written off on their taxes as charitable donations. How progressive.

And before you accuse me of painting all of these people with a broad brush, yes, I am. Given that the current political climate allows for all conservatives to be deemed fascists and Nazis for the crime of understanding basic economics, I have no problem undertaking the guilty by association leftist tactic, and will attach derogatory labels to those affiliated with the Democratic party at my leisure.

The demographic of the individuals indicted believe that the plight of the poor and the oppressed in America is due to the backward, bucolic residents in the middle of the country. Those two-parent families that share one vehicle, hang dry their laundry, and home-school their children are the REAL purveyors of oppression against the downtrodden. These progressives also believe that standardized tests like the SAT/ACT are inherently biased because some marginalized groups are significantly underrepresented among the pool of top-scoring college applicants. However, wealthy progressives are particularly hostile towards the testing because it’s one of the ways middle class smart students can honestly outperform their lower IQ elite children.

In an effort to shield their progressive brethren from their crimes, the “blue checkmarks” flooded Twitter contending the scheme was nothing more than another example of white privilege. A closer look at some of the defendants’ names might indicate otherwise. Gamal Abdelaziz, Manuel Henriquez, Agustin Hunees, I-Hin Chen, Homayoun Zadeh…. yes, obviously full-blooded Aryans and possibly secret agents of President Trump’s impending Fourth Reich.

According to reports, the students were completely oblivious to the fraudulent behavior of their parents. Unbeknownst to them, they actually believed they were accepted on merit. This kind of coddling isn’t limited to the ultra-wealthy though. Parents all across the nation are guilty of inflating the egos of their mediocre children. This trend is so bad that we now have an adolescent member of Congress that doesn’t know what a tax incentive is and thinks the world will end in 12 years.

One of the more repugnant tactics used by the defendants is that they would claim their child had a learning disability to get more time on the test. Although, by the looks of the handwriting sample above, that rich kid probably wasn’t faking a disability.

In essence, this scandal hasn’t really revealed anything we didn’t already know. If a parent donated a wing to the dorm or library, we already assumed that student wasn’t worthy of his placement in the Ivy League. We now just have more details regarding the nefarious length’s progressives will go to help their dense kids get ahead and screw over genuine, worthy applicants, all while standing on their soap box of virtue telling the middle class what awful people we are. But overall it feels pretty good to see these scum bags get what they deserve. Imagine how disappointed they’re going to be when they find out Cartier doesn’t make handcuffs.