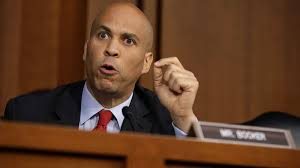 For leftists, the demise of Trump is just as arousing as meeting a hot communist who loves socialized medicine, has a hammer and sickle tattoo and is actually willing to sleep with them. Unfortunately, both scenarios are just as improbable. Every week a ‘CNN Breaking News’ story develops and the left climaxes for days on end confident that this, THIS, will finally bring down the mango moron (their words, not mine). Alas, whatever dysentery the media is peddling, the dismantling of the Trump presidency never comes to fruition, and the resistance is left with the aforementioned blue balls.

This must be tough for liberals. It’s as if every week they meet a smart, kind, funny, beautiful woman, only to take her home and find out she’s a dude.

Which by the way, should not stop you from sleeping with her/him/ze/zir/they. It’s 2018 and some women have penises you transphobic bigot!

The upcoming publication of Bob Woodward’s new book was the first ‘Got him… Oh wait never mind’ moment of last week. The book is apparently riddled with accusations of a chaotic, dysfunctional White House, along with scathing insults directed at the president from four-star generals Mattis and Kelly. While the MSM is taking this book as gospel, both decorated generals refuted the quotes attributed to them, calling the excerpts outright fiction. This is reminiscent of the widely praised but similarly plagued with falsehoods, Fire and Fury.

To be fair, some of Woodward’s characterizations of the Trump White House appear spot on. It is undoubtedly chaotic, but we didn’t need Woodward to tell us that. It is evident based on the high turnover of staff. But why should we care if it is chaotic when this administration produces positive results? I’d much rather have a chaotic success than an organized failure.

The next spate of the week came in the form of the NYT op-ed, allegedly written by an anonymous ‘Senior Level White House Official.’ First, let’s address the purported job title of the writer. The term ‘Senior Level Official’ is a title thrown around inside the White House just as frequent as the accusation of being a Nazi. (Insert eyeroll.) The media will have you believe this person is possibly a cabinet member when indubitably, they are a tertiary staffer shuffling an endless supply of diet coke into the Oval Office.

The op-ed was not dissimilar to Woodward’s accounts of a manic leader, unable to stay on task, and absent of political principles. However, this resister deviates from the typical criticism and offers some well-deserved compliments for the administration’s policy changes. Unfortunately, these tributes are self-aggrandizing as the writer reports the accomplishments are despite Trump, not because of him. This is utterly preposterous. After slandering the president’s proposals by telling us for months that the markets would crash, people would die from the tax cuts, die from net neutrality, die from the US exit from the Paris Climate Accords, the resistance is now attempting to take credit for Trump’s success. Spare me. The op-ed not only proves that the deep state is real, it’s also apparently very shallow.

Lastly, the week was rife with spectacular performances by the cosplayers of the Democratic Party. The Kavanaugh hearings were complete with irrational outbursts, people in full Handmaid’s Tale costumes, and pompous Democratic leaders asking questions of a man much smarter than them.

The biggest gaffe came in the form of Senator Booker’s alpha-male facade of breaking Senate rules for the ‘sake of the truth’. Booker threatened to release classified emails ostensibly proving Kavanaugh was in favor of racial profiling. The reality was the emails were approved for release and proved in fact, Kavanaugh was against racial profiling.

Booker called it his ‘I am Spartacus’ moment. First of all, that’s cultural appropriation. Second of all, Booker probably hasn’t read the story of Spartacus. In the end, Spartacus is murdered and remaining members of his army are crucified.

While the events of last week left liberals hopeful that they could take down Trump or at least Kavanaugh, it was another string of misfires. Sadly, these failures have only amplified the hysterical rhetoric and violent tendencies of the left. They have become such dangerous idiots that I’m actually hoping for a small blue wave in November. We need something to placate the incels and hold off their inevitable psychopathic virgin, Elliot Rodger style attempted massacre.

For the deplorables, it was a pretty good week as President Trump remains the ultimate cock-block between the left and their Marxist, socialist, genderless utopia.